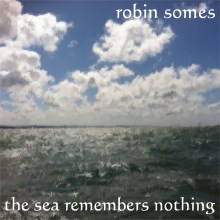 Making predictions is almost always a bad idea. As a result, I've been rather airily saying "Yeah, I'm working on some new recordings" for about 17 years now. And here they are; only a little delayed. The CD is now for sale in my shop, available to download from Bandcamp, and you can preview the tunes on my listen page.

The title of the CD came from a song called Not You Or I, My Dear, on Stefan Grossman's 1969 album The Gramercy Park Sheikh:

Take a warning by the tombstone of another
Whisperin' words, of forgotten love
The sea remembers nothing
Not you or I, my dear


Grossman himself may have taken the phrase from Duty, by Samuel Smiles (1880):
Some regard the sea as a great waste of waters. To one looking from a hill-top on the sea, it seems boundless. There is nothing but water, to the right and the left. In fair weather, the waves come in gently, to lick your feet upon the sand. Then it curls and curls, and comes in wildly, with its huge rolling waves, that dash into spray on the shore. At one time it is quiet and feline, at another it rages and howls like a panther. The sea remembers nothing. It crumbles the ship on the rugged rocks, and then slumbers into a dreamy haze. "There is sorrow on the sea," said Jeremiah; "it is never at rest". It drowns out humanity and time. It belongs to eternity. It mourns out its tone for ever and ever.

Stirring words, but it seems ironic that Smiles, the great Scottish reformer and liberal advocate of self-help, should have helped himself so liberally to The Autocrat of the Breakfast-table by Oliver Wendell Holmes (1858):
The sea remembers nothing. It is feline. It licks your feet - its huge flanks purr very pleasantly for you; but it will crack your bones and eat you, for all that, and wipe the crimsoned foam from its jaws as if nothing had happened.

So, perhaps Grossman went straight to Holmes the source, rather than Smiles the imitator - it's characteristic of the rest of his modus operandi. 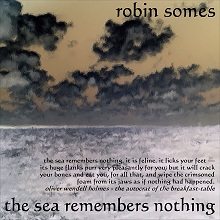 The tunes on The Wind Horse were from quite a discrete phase of my life, written over 4 - 5 years and recorded over a (for me) short period of nine months. These tracks, by contrast, cover almost 17 years; some were recorded by Mark Atkins in 1995/6 during the same sessions as The Wind Horse, others I have done myself in the intervening years. Those were years that saw a lot of major realignments, the loss of both parents, changes of jobs, a lot of travelling, and 5 or 6 years when I scarcely played the guitar at all, followed by the realisation that it's one of the most important things in my life, and I can't not play it.

It's inevitable, therefore, that the tracks are rather more disparate. Some are rather raggedly-recorded, too. But proud I am of all of them, in one way or another, representing as they do an historical record of ideas and events.

Miss Manning Requests
Once, I was young and optimistic. Also misguided. The title of the tune, with hindsight, should've been The Chase Is Better Than The Catch, but Motorhead got there first. Tuning: C-G-C-G-C-D.

Chemical Change
I rarely sing songs, for obvious reasons. I even more rarely write them. This, then, is an exception to at least two rules. It's simply about my inability to cope with others' sudden mood swings - mainly because they interfere with my own God-given right to be in as bad a mood as I please. E-F#-C#-F#-B-E.

Unavoidable Delays, Part 1
This started life a long time ago playing with an old 4-track cassette and a digital delay unit. I revisited Part 1, and abandoned Part 2 - which didn't have a lot to recommend it. E-A-D-G-B-E.

Squire Gillingham's Jig
I went through a phase of writing a lot of instrumentals in DADGAD tuning; this one is dedicated to my neighbour from Hell, who was (and after years, still is) always there for me when I need something to get cross about.

Gonna
Once, I was young and optimistic, and, I think, less misguided. D-A-D-G-A-D.

Long Distance Calls
For those occasions when something completely unexpected and very pleasant happens. D-G-D-G-B-D.

i. Nightmare Drive
ii. Temporary Sanity
iii. Commotion In The Temple
iv. Lamp Post Collision
v. Fried Chicken Delirium
vi. Clothes Rack Delirium
vii. On The Bridge
viii. Tomato Soup Therapy
ix. Home
This tune has rather kept me going through all sorts of ups and downs; when nothing else seemed to be going right musically, I could always revisit this. It recalls a rather larkish visit to Oxford one weekend, a very long time ago.
E-F#-C#-F#-B-E.

The Sea Remembers Nothing
I have no recollection of writing this. Literally, none. On an expedition through my collection of old musical notation, I came across the piece written down carefully, in mid-May 1999. Apart from a somewhat laconic diary entry that day, saying "wrote some guitar music", I've no record whatsoever of the process, or what ideas might have been in my head at the time. I can only assume that I'm playing it with the tempo and rhythm I originally intended. Still, never mind; life goes on. A few little tweaks, and a title, and it became a fully-fledged instrumental.

The opening bar is reminiscent of John Renbourn's The South Wind. It has a similar three-part major-minor-major structure to "Slightly Longer Tune". The middle section faintly recalls another of my tunes (that I haven't recorded yet), coincidentally titled "The Son Of The Sea".

Aside from all that, "The Sea Remembers Nothing" is a complete mystery, a tabula rasa upon which any interpretation may be drawn, so as well as eponymously rounding-off the album, its title is, I suppose, quite apt.
C-G-C-G-C-D. 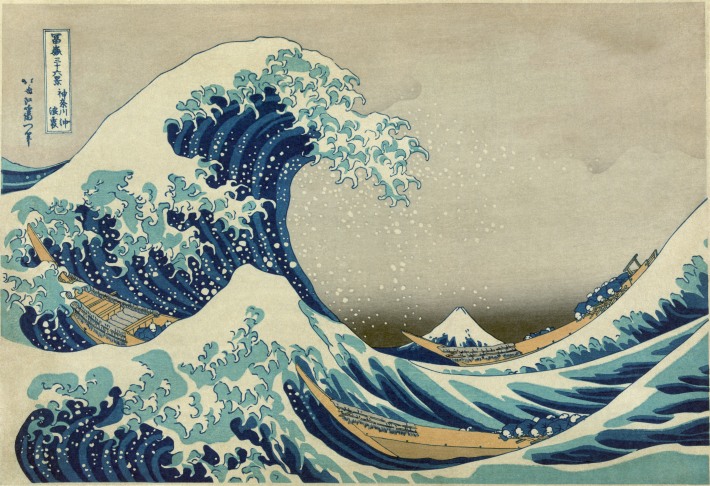